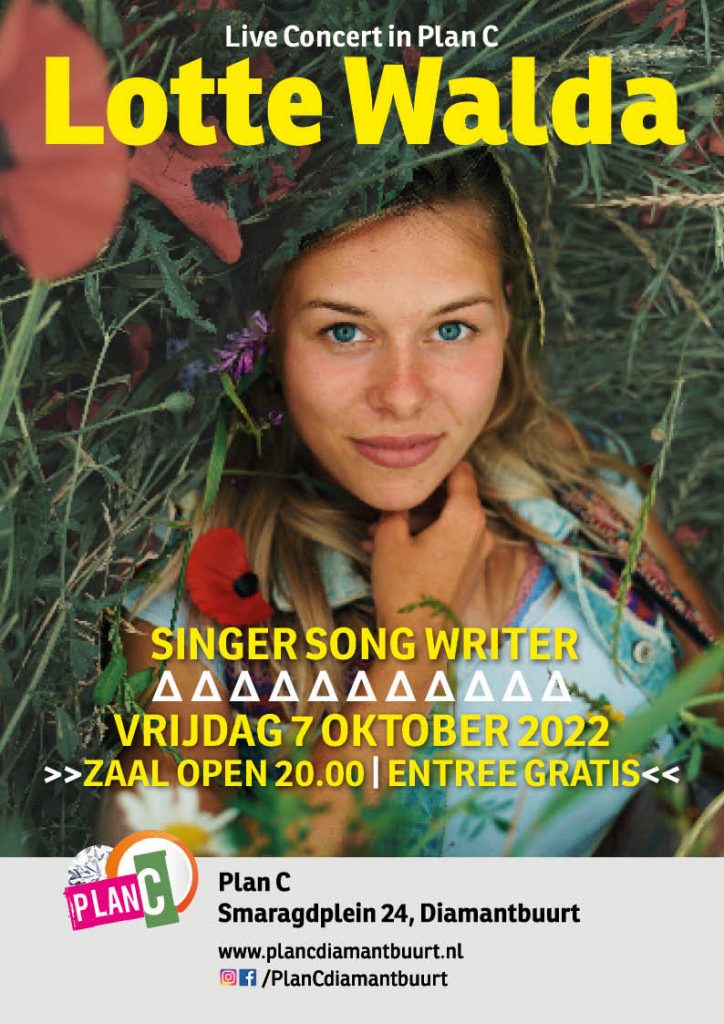 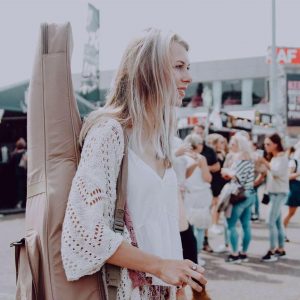 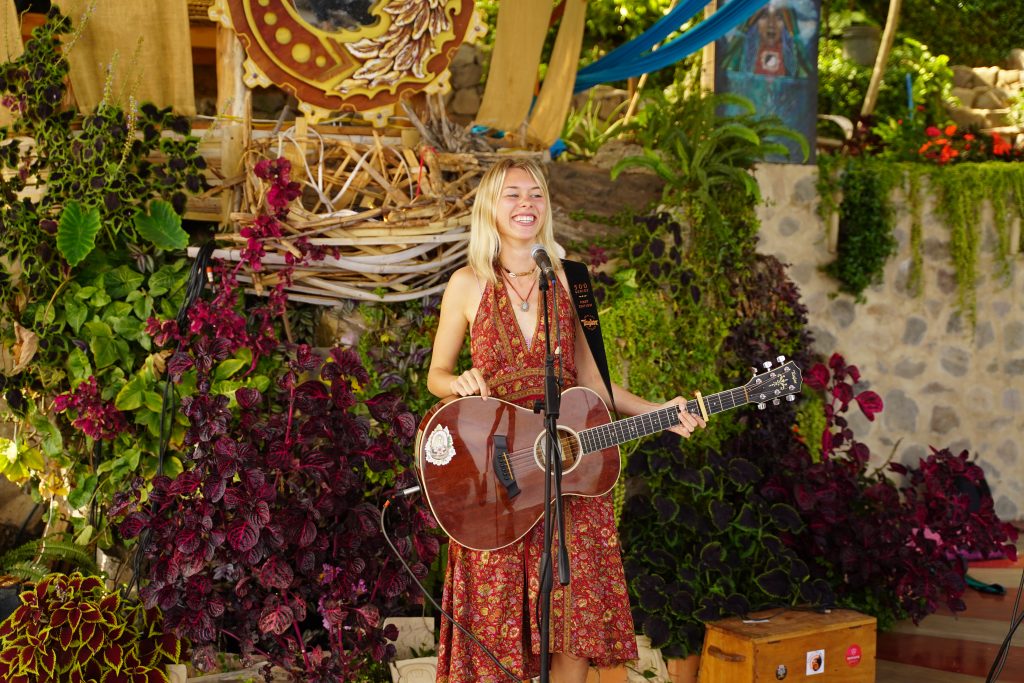 more  about Lotte Walda (In English)

Dutch songwriter Lotte Walda is an adventurer, someone who lives purely to chase what her heart beckons.

During Lotte’s formative years as an artist, she explored music in both the biggest and smallest of settings: from various festival stages to the bustling streets of China. Nevertheless, performing her songs began fairly modestly and close by, on the old Sint Servaas bridge in her former hometown of Maastricht.

Lotte would give color to the street scene and build bridges in her own way: “I want to form a bridge for people who are still struggling to listen to their heart completely.” Through her music she came into contact with all kinds of different people: busy people, lonely people, happy people, confused people. With her guitar and voice, Lotte disrupts the vibrations in the air with a clear goal: to touch, comfort or encourage her fellow human to explore life in a more profound, present state.

From her salad days, Lotte’s uninhibited whimsical personality became her guiding light: singing songs was as much second nature as writing a bike or eating breakfast. That tendency to pursue everything that captures her imagination cherishes never eroded over adulthood.

”I live very much in the moment and I react very intuitively to what’s happening at that moment. Just to try and see what happens.”

If there’s a recurring thread in Lotte’s career, it’s that curiosity always topples doubt, sometimes to the point of stubbornness. That sheer impulsiveness and courage to look for unknown situations led Lotte to all corners of the world: Nashville, China, Greece, Portugal. She even went on tour with the legendary singer Melanie, an artist from an era in which Lotte still feels most at home: the sounds of the sixties and seventies, music in which love and togetherness prevailed over fear, disconnect and selfhood. Everywhere she steps foot, Lotte disarms audiences with her warm, soulful songs, which, despite their feathery-light disposition, tackle major themes such as spirituality and rekindling with nature.

Lotte’s message of hope is now heard all over the world: “Let It Flow” has now been listened to more than six million times on Spotify. Having been working on new material with various producers, Lotte cites nature as her biggest source of inspiration. Her latest single “Language Of The Sun”, for example, is about the sun and how its function in our solar system can inspire your own actions and philosophies. In these turbulent times there is a need for warmth, light and nourishment for both body and mind. And even though the sun is not always visible to the naked eye, its light shines on tirelessly. Just like Lotte Walda, by the way.